Every May 1, the Society of American Archivists celebrates MayDay, an initiative that advocates for emergency awareness and disaster preparedness in archives. I considered doing my itty-bitty part by writing something for the “family archivists” out there tasked with keeping their kin’s collections safe and sound, in a way that doesn’t require a lot of work. A primer for the lazy layman, if you will. A brief blathering on what to do to keep what you have safe, as well as what to do with it after the figurative crap hits the fan. Or the literal crap. Who knows. That would certainly be an emergency.

Much like getting people to actually “get” what an archive is or what an archivist does, it’s hard getting archivists or other individuals responsible for archives (I know of one small institution of higher learning that has its collection helmed by a marketing executive) to actually set aside time to think about disaster plans.

For those folks (and those of you sickos who delight in train wrecks), here’s a bunch of bad things happening to good archives and libraries. Let these horrors spur you to consider the records in your care, how they’re maintained, and what you’re going to do with them in case of an emergency. 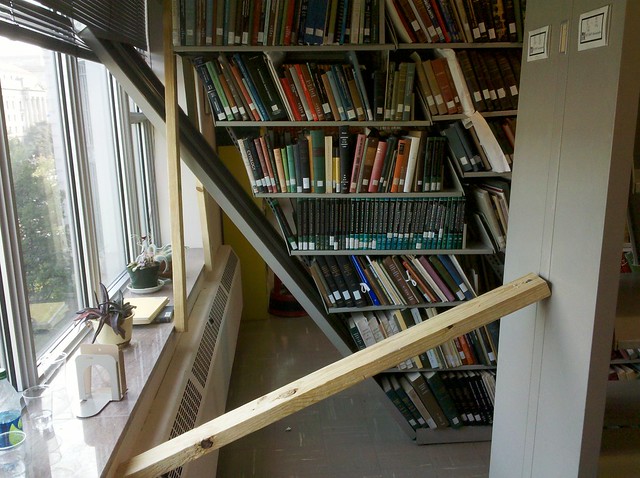 Alaska State Archives, USA, 2009. Flood caused by the confluence of rain and a roof under repair.

For more on this topic, check out UNESCO’s Lost Memory – Libraries and Archives Destroyed in the Twentieth Century (1996). The Dutch Nationaal Archief’s Archives Damage Atlas (2010) is a brief study in all the icky things that can happen to paper. And if you dare to brave Pinterest, Biblioteca Caminos UPM has an interesting board devoted to library and archive disasters.

One thought on “On Bad Things Happening to Good Archives, or Horrors in Honor of MayDay”

So you want to archive? links